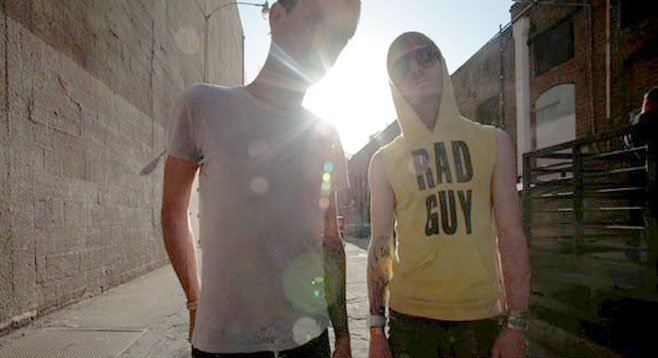 Leg Lifters consists of Nathan Joyner and Justin Pearson (ReTox), both formerly of the now-defunct All Leather and Some Girls. July 2011 found Pearson and Joyner touring Europe with the reunited 1990s screamo band Swing Kids, renamed Blue Note and with Joyner sitting in for the late Eric Allen, who died in 1998. Along the way, they began planning a new studio production collaboration, deciding to call it Leg Lifters.

In late 2011, they finished a remix of a band named Warsaw Wasraw, released as a 7-inch on Pearson’s label, 31G. Joyner plays drums and sings in Hot Nerds, and his other production/DJ duo, Ese’ & Zain, landed a bimonthly residency in Mexico in 2012, playing Yourevolution Bar in Tijuana.