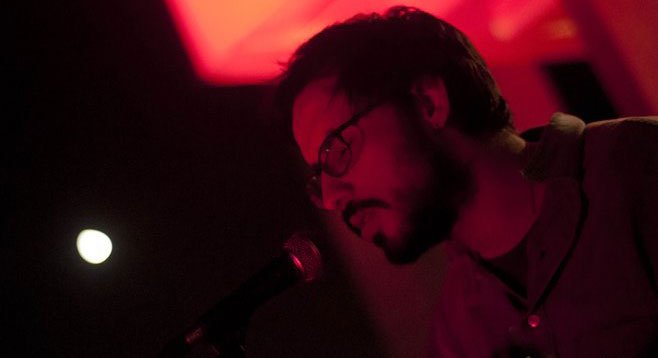 Based in Tijuana but seen frequently around San Diego, Late Nite Howl is the project of minimal folk (or freak folk, or new weird America, or anti-folk) musician Pablo Dodero, previously known for playing frantic screamo with Mae Machino and hardcore punk-and-roll with Teenage Kicks.

Dodero says of the band's 2012 self-titled EP, “I think it truly reflects a shift in me, from being an ‘angry young man,’ bummed most of the time, to a more accepting and active person.” The video for EP track “Days Have Gone” is a nostalgic collection of vintage Super 8 footage from a family picnic which director Jesus Vasquez found in a rummage pile outside of a photography store.