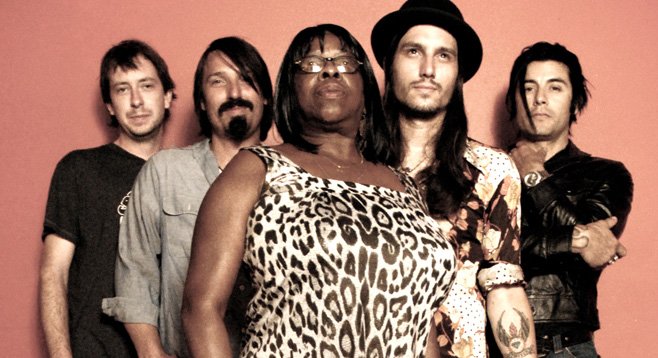 Sound description: Drummer Brian Cantrell has described the band's sound as "a sloppy MC5 backing up a street-version Etta James."

Originally a gospel singer, Dorothy Mae "Lady Dottie" Whitsett's early career included performing with Kool and the Gang and Clarence Carter, among others. Back then, she called herself Miss Dynamite, moving around from residences in Alabama, New Jersey, Portland, Seattle, and Atlanta.

After moving from Atlanta to San Diego in 1984, she eventually formed a jazz duo after meeting keyboardist Joey Guevara in a local piano bar. They were joined by Guevara's bandmates from Operator X, Stephen Rey (bass) and Brian Cantrell (drums). Rounding out the band are two guitarists, Isaiah Mitchell and Nathan Beale (of Dirty Sweet), as well as Joey's brother Dan Guevara on horns.

As of 2009, they are signed with Hi-Speed Soul Records, a label launched by local music store M-Theory Records.