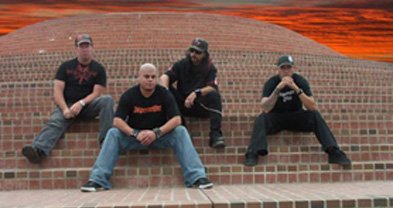 Kicking K8 drummer Billy Nychay says the band is wholly immersed in the emerging rock star lifestyle, and loving it. Describing the band's 2006 stay at Chicago's Wyndham Hotel, he says "It was a four-star hotel, and there was our roadie Gizmo, naked and duct-taped to a cot that was propped up in the hallway...[Gizmo] made the mistake of getting drunk and I had the key to his room. He was naked and sleeping on a rollaway cot, so we just wrapped him up in tape and rolled him out into the hallway for all the old ladies to see. It went down to a one-star hotel after that."

Nychay says police were summoned, but no arrests were made.

"We were hiding out in a different room; they couldn't find us."

The band appeared June 1, 2007 at "RockBox," a boxing-themed event at the San Diego Sports Arena that reportedly drew only 200 people.

They have been included on the last three Jagermeister Music Tours, playing shows alongside the likes of Disturbed, Stone Sour, Staind, Three Days Grace, and more. As of late 2008, the band has played 160 shows in 10 states, with no label support, though a Kicking K8 EP was released through liquor manufacturers Jägermeister in 2006.

"We have a sponsorship endorsement deal with them and [director of brand marketing] Rick Zeiler, who lives in San Diego. He saw we had some stuff recorded, and he said, 'Hey, let's start up a label and put this out for you guys.' We were, like, 'Hell, yeah!'"

In 2008, the band filmed multiple appearances for the ESPN racing reality series American Dragster. Around the same time, they signed a multi-album record deal with Crash Music, Inc. Their debut CD for the label, out in May 2009, has a distribution deal with major label player EMI.