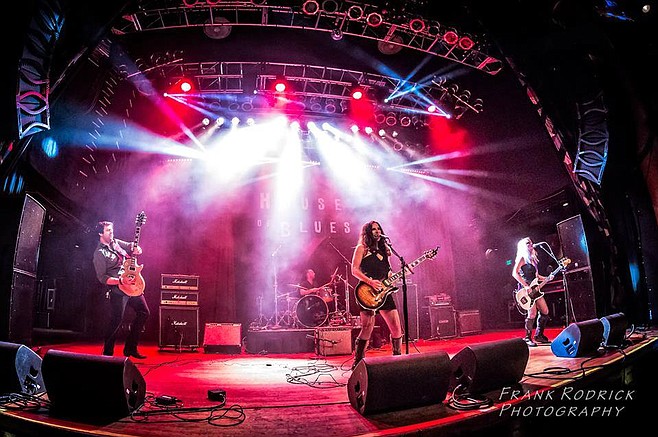 In 2016, local player Roni Lee signed Daddy Issues to her label, Play Like a Girl Records. Their album Handle It (recorded with Jim Wirt of Crushtone Records in Cleveland, OH), released that September, was nominated for a 2017 San Diego Music Award as Best Rock Album.

By February 2017, however, the band had changed its name to Kick the Princess. “We’ve been feeling for a while that the name Daddy Issues no longer suited us,” said Alvarez. “It implies being damaged by or a victim of an abusive or negligent man. We wanted to find something that felt and sounded more empowering, especially in a time when the rights of women and other minorities are truly being challenged.”

“Kick the Princess maintains the spunk that we loved from our old name, while also sounding more unique and bold,” said Whelpton. “We feel it’s a much better fit for the band we’ve evolved into over the last several years.”

Whelpton formed a side band called the Rough with Drew Smith and Darren Sader, releasing their debut self-titled EP in 2017.