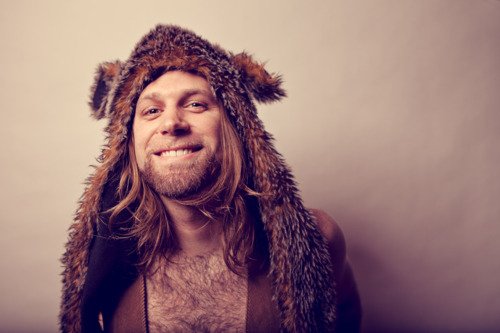 Singer/keyboardist Kevin Martin is a member of Get Back Loretta, who won Best New Artist award at the 2005 San Diego Music Awards and the Best Pop award in 2006. At the 2007 awards they won for Best Pop and Best Pop Album for the record Over the Wall. They won Best Pop again in 2008, and in 2009 their record Where Did You Go won Best Pop Album.

As of 2010, Get Back Loretta’s manager is “Jocko” Marcellino, of ’60s greaser rock group Sha Na Na. It was Marcellino who got some of the band’s songs into the hands of former Nirvana drummer Dave Grohl. After listening to GBL’s tunes and liking what he heard, the Foo Fighters’ front man and drummer for Them Crooked Vultures suggested the band play a showcase for Hollywood Records and RCA.

Martin released a solo album, Throwback Pop, in 2011. A video for his song “TV News” was shot during the October 2011 Occupy San Diego rallies downtown. The live footage was captured by photographer Steven Brannen using a hand-held camera. The finished video, which was posted to YouTube the same day, incorporates the studio version of the song with footage of the NYC Occupy Wall Street protests.

The reason for Martin’s visit to Occupy San Diego was his belief that news media had not done a fair job of covering the events. “The Occupy movement has gotten a lot of negative press, and I wanted to go see for myself what it was all about,” Martin said. He was pleased with the event’s organization and the reaction to his music.

“I think the message of the song ‘TV News’ is really in sync with the message of the Occupy Wall Street movement,” he remarked. “People are finally becoming aware of the corporate greed and misuse of government. Watching families lose their homes, small businesses fail, and people lose their jobs while huge corporations rake in billions of dollars and get bailout money is what motivates me to get involved.”

Martin says performers have a duty to speak out. “I think music has a great capacity to inspire people. That’s the main reason I wanted to have my music video linked to the movement. I really want to empower people to stand up for what they believe in and be fearless while doing so.”

Though Martin considers the Occupy movement to have merit, he’s also realistic about change. “Protesting is great, but at the end of the day we need to get involved with our local government and vote. Our real power is going to come from exercising our democratic right to vote. So the protests should really just be to get the word out that things need to change.”

For Throwback Pop, Martin's producer and songwriting partner was Lauren Scheff, who comes from the local Point Loma-based Scheff family musical dynasty. “His brother Jason has been the singer in Chicago for years and his dad, a bass player, was on [the Doors'] L.A. Woman, and a bunch of other records.”

Throwback Pop was nominated for two 2012 San Diego Music Awards, Best Pop Artist, and Best Pop Album. “It's just me and Scheff on the record. We worked pretty hard on the music...I've won both of those categories with Get Back Loretta.”