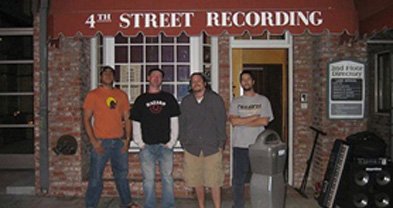 Ketchikan was formed in the spring of 1998 when Jarad Johnson and Alejamdro Desa (aka "Paco") met on the small island of Guam. Singer/guitarist Johnston explains the band's name. "The three indigenous Pacific Northwest Indian tribes are the Tlingit, Haida, and Tsimshian, who considered northern British Columbia and southeast Alaska their territory. Ketchikan has two meanings in the common native tongue among these tribes. Depending on how it's pronounced, it can either mean 'sound of bird's wings' or 'stinkpit.' We tell girls it means sound of bird's wings, and we tell guys it's stinkpit."