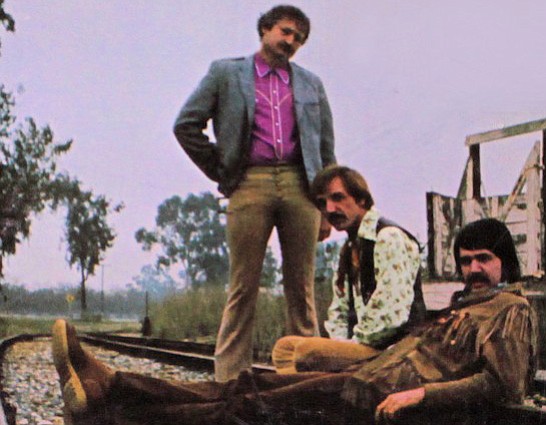 RIYL: The Cascades, the Beach Boys, the Silver Strands, the Thundernotes, the Image, Gary Puckett & the Union Gap

Kentucky Express was founded by John Claude Gummoe (the Silver Strands, the Thundernotes), best known from the Cascades, who scored a 1962 hit with "Rhythm of the Rain." Originally that band's manager, Gummoe quit the Navy to become a singer and wrote "Rhythm of the Rain" (cited by BMI in 1999 as the 9th most-played song of the 20th century) before leaving the Cascades in 1967 to pursue a solo career with singles like "It's Raining" (1971 London Records) and "Come What May" (1972 London Records).

Gummoe formed the country-rock band Kentucky Express with former Cascades keyboardist Gabe Lapano (7 Sons, Sandi & the Accents), with whom he'd also played in a post-Cascades band called Two Bits. The duo was soon joined by singer Kent Morrill, with whom both had played in a shortlived group called Image.

The debut Kentucky Express album That's Not What Lovin' Is was released in 1971. They split the following year.