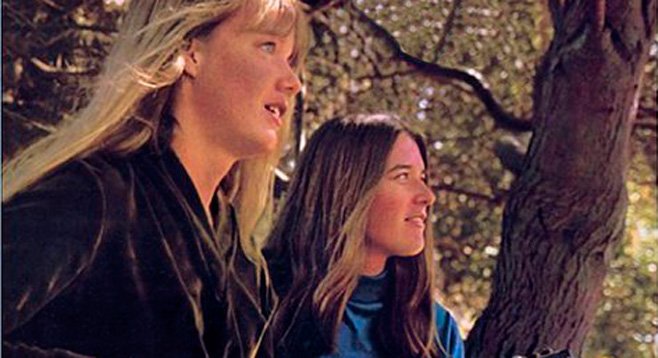 Kathleen Larisch and Carol McComb were a folk-pop duo who met while attending a Vista high school in the 1960s. Both women played guitar and autoharp, quickly becoming regulars at venues like the Ash Grove in L.A.

After performing at the 1964 Berkeley Folk Festival, Joan Baez also recommended them to Elektra Records producer Paul Rothchild, and he agreed to record a demo session with them. Label boss Jac Holzman heard the recordings and signed them for an album, which was recorded with Rothchild producing. That 1965 Elektra album Kathy & Carol is highly prized by collectors.

Kathleen Larisch later became a teacher of fine arts at California College of the Arts. Carol McComb played and toured with Mimi Fariña between 1969 and 1971, and released a solo album, Love Can Take You Home Again, in 1975. Between 1975 and 1980, she fronted a band called Moonstone, who released one album. Her solo albums include Tears into Laughter (1990) and Little Bit of Heaven (2000). In 1991, she wrote and published the instructional book Country and Blues Guitar for the Musically Hopeless.

Kathy & Carol was reissued by Collector’s Choice Music in 2004. Following that, the pair reunited to perform at the California Autoharp Gathering in 2005 and 2006, and have also performed together at other events in California.