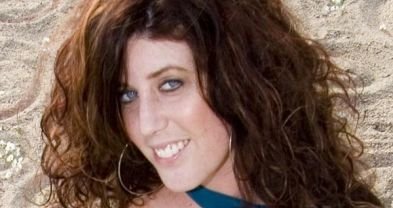 Singer Karin Carson has been a jazz performer in San Diego since 2003. On her website Carson writes: "I have always had a passion for music, but in the years I was growing up I was exposed to very little real jazz music. I would sing in church, in school choirs...although there was plenty of passion in the music, as well as expression, I felt unmoved." Her mother sang in big bands, for which her grandfather played sax.

Her first concert as a band leader was performed in honor of the late Nina Simone. While paying homage to jazz legends, her performances have also included tributes to Louis Armstrong, Duke Ellington, Antonio Carlos Jobim, and the great ladies of jazz. In this way she continues to utilize her platform for jazz in San Diego as a musician and educator.

"Our vocal group at school had been offered the opportunity to record an on-air spot at Jazz 88.3 for a festival at City College," says the La Mesa resident. "I went to the station, recorded the spot, and was offered an opportunity to become an intern. For two semesters I worked as the promotions assistant at Jazz 88.3. Eventually I would like to learn the art of being a DJ, but for now I am singing and volunteer my time at events. When people have asked me what I do there, I say, 'Whatever they tell me to do. '

"One of the first bands I joined, appropriately called Mis-led, rehearsed at this place called the Pelican Pub in Lemon Grove. Led by a guitarist straight out of the Big-Hair Era, the band included me doing backup vocals, a lead female vocalist, a female drummer, and my friend on bass. We would play every week for tips, and the same ten people would dance to the same set of Blondie, the Motels, 4 Non Blondes, Alanis Morissette, and No Doubt covers. The first night we made $5 in tips. I made my first musical dollar playing there."

Onstage, Carson specializes in jazz standards. "To me, jazz is a live music. It is for the people. Since there are varied impressions on what jazz is, there is a level of expectation that may or may not be met in a live setting. I have tended to play more traditional styles of jazz, but I'm moving into a more creative space.... In playing jazz, every experience is different due to constant improvisation. Dave Holland said it best: 'You have to let go of expectations and allow the magic to happen.'"

In addition to education and singing, Carson volunteers her time in the community and has worked with numerous organizations. As the promotions assistant at Jazz 88.3 in San Diego, she worked closely with the jazz community at large and continues to volunteer on a regular basis. In March 2009, she she founded the San Diego Jazz Musicians Guild, a 501(c) nonprofit organization dedicated to promoting the local jazz scene. The Guild events launched with an initial array of performances at Tango Del Rey.