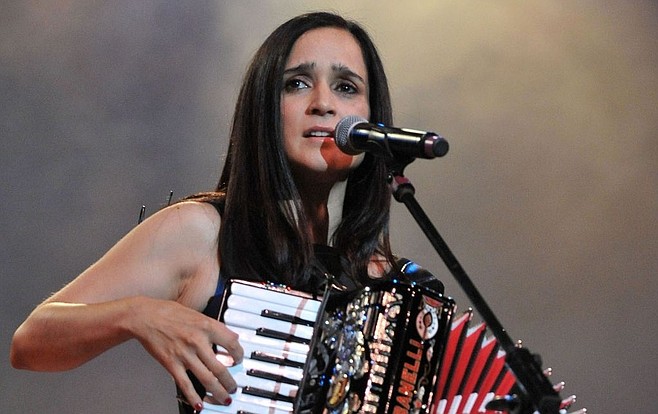 Julieta Venegas (real name Julieta Venegas Percevault) grew up in Tijuana and San Diego, beginning her music studies at age eight. She went on to join several bands including Mexican ska band Tijuana No!. When her debut solo album Aquí was released in 1997, she was 27 years old.

She went on to win several Latin Grammys and a Grammy Award, among other awards. She has also composed music for theater and performed in soundtracks for movies.

One singer/keyboardist for Venegas' band, Ceci Bastida, formerly fronted ska-punk band Tijuana No, before going on to create her Morrissey tribute act Mexrrissey, a Mexican supergroup that includes members of Calexico and Café Tacuba.