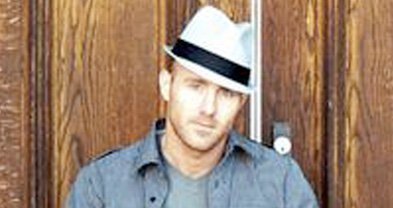 Kevin “Juice” Orange (aka Kevin Ray Orange) is a former member of pro dance troupe Hop-Star and was the first rapper to appear on HookJawNetRadio.com. He has performed on The Megan Mullaly Show and The Tonight Show, as well as sharing the stage with Digital Underground and opening for Petey Pablo and DJ Quik.

After a stint as a pizza-delivery driver and performing at parties as a Michael Jackson impersonator, he released his debut full-length ARTofficial in 2008. “I sing and rap, so I use a lot of different styles,” he says. “The album has some street, some club, some smooth, and some R&B crooner-style songs…for the ladies.”

Most tracks on the Best of Daygo City hip-hop compilation are exclusive to the project, a likely factor behind Jake Records picking it up for distribution through retailers, iTunes, Amazon, and CD Baby. Among its best songs, the track contributed by Juice” — “Bounce (Keep It on the LoLo)” — may not have the percussive bombast of his movie tune “Stomp the Yard,” but it stands out as a fair indication that it’d be a mistake to dismiss his act as nothing more than “white-boy rapper” shtick.

It was Stomp the Yard that first earned the Indiana-born Juice national attention, after he landed among the finalists in an online MySpace/Sony contest tied to the film’s 2007 release. Composed and recorded with Legend [Jordan Powell] just a few days before the contest deadline, the tune remains his best-known (and possibly best overall) song, so he can be forgiven for recycling the marching-band format for his Daygo City track.