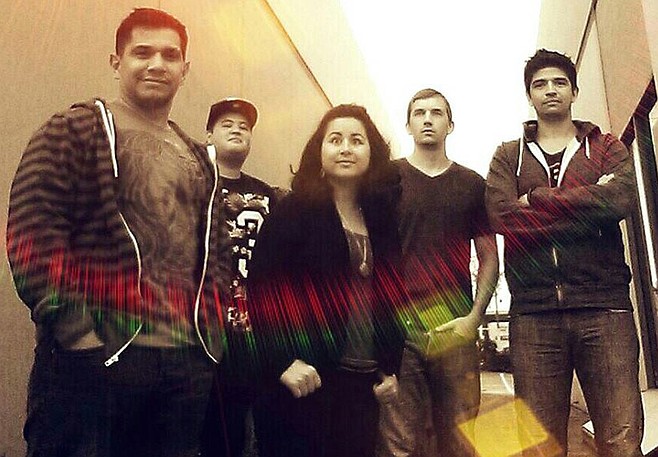 An EP called Ghost of Giants dropped in early 2017, recorded with Sean Tolley at local Clarity Studios and sporting a cover designed by guitarist Julio Lara. "The cover represents the constant movement and evolution of man," says Lara, "whether it is destructive or creative, and the need to not feel alone in the universe."