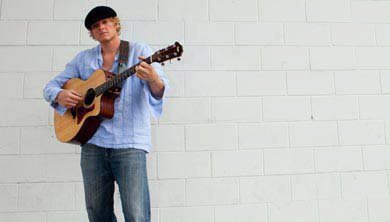 Guitarist Joshua Bonas grew up in Nashville, where his mother was a well-known country music studio singer. After learning guitar, Bonas was a member of the 2002 Winter Olympics U.S. Ski and Snowboard House Band, eventually opening up for bands like INXS and G Love & Special Sauce.

Bonas plays in the bands Sauteed Mushrooms (co-fronted by longtime songwriting partner, Billy Horenburg) and Astoria Forrest. He self released his album Castaway in 2011.