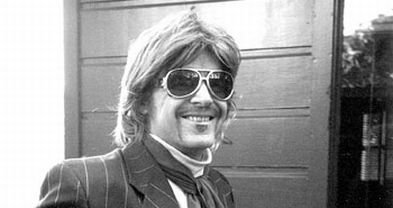 José Sinatra is a good-time party and music man around town, first as front man for the former José Sinatra and Troy Dante Inferno and as host of the "O.B.-oke" at Winstons, which draws a large crowd with singing, games, and door prizes. He's played by former movie theater manager Bill Richardson, who operated the long-gone Guild Theatre (a local midnight movie favorite) and then became Landmark’s city manager, expanding his duties to the Fine Arts and the Park Theater.

José is a flamboyant stage persona of Richardson's in the same vein as Andy Kaufman's Tony Clifton, the quirky and abusive lounge singer -- or, in José Sinatra's mind, Wayne Newton. "For years I have been convinced that Wayne Newton is really a woman," he says, noting the difference in voice and style of the Vegas performer's early years as compared to today. "Someday the truth will come out."

His has fronted José Sinatra Love Muscle, as well as singing with Supabad, a James Brown tribute band. "People are always amazed at my uncanny resemblance to James Brown," he says. His CD Moonlight Sinatra was released in 2008.