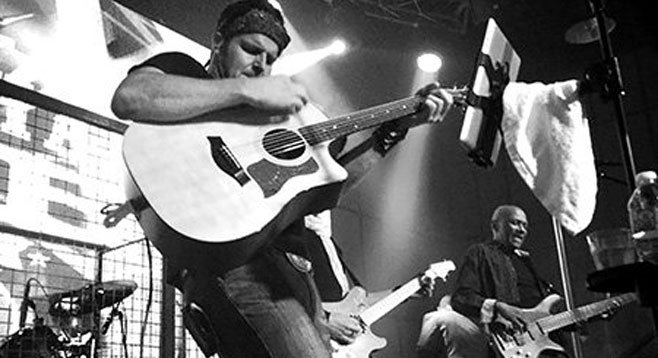 “We do country rock, kind of like the Eagles,” says Lee. “We try and do the more traditional stuff — George Strait,Willie Nelson, and Waylon Jennings — on Thursday.” He says the more mainstream country sets on Friday and Saturday have done well. “We had 2000 people cycle through each night,” Lee said of one weekend set.