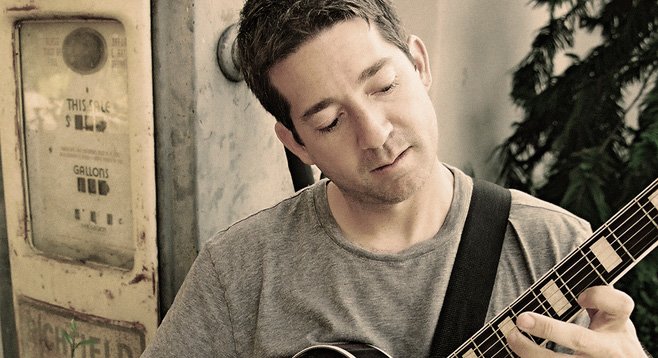 “The hippies called me a punk, the punkers called me a hippie, the Confederates a rebel…and the girls an angel, the devil, and a tart. I guess they were all right. I went to Dead concerts with a Mohawk and to Black Flag shows wearing tie-dye. For a while I was a hardcore goth skater punk, at least until I got tired of conforming to nonconformity.”

After a classmate gave him a jazz tape, Ji says, “I started taping the jazz shows on the local college station while I was at school and listening to them when I got home. It was like Christmas every day. Seriously. Now, I was really a rebel — a 16-year-old kid listening obsessively to music of the ’20s, ’30s, and ’40s.”

Ji describes his own music as “Cowboy bebop and gypsy crawl. It’s a lot like old-time jazz, like the Squirrel Nut Zippers with a little bit of groove music thrown in. Call it alterna-folk bebop-groove sturm und drang. Two of my favorite performers are Billie Holiday and the Violent Femmes — especially their first album. So just smoosh them together with some groove, and that’s what I sound like.”

After undergoing ear surgery in early 2011, Ji revealed “I just had my second and final ear surgery...bionic ear now...it was collapsed and destroyed from years of infections. Not loud music. Got new eardrum and plastic ear bones!”

Ji returned to the stage for several February dates. Then, “I was robbed at the studio, which is closing down in a month anyway,” said Ji on July 14, 2011. “Lost three guitars, a computer, a ukulele, an amp, and an effects processor. Hope insurance covers it, but they are just things in the end.”

Later in 2011, he landed a Sunday night residency at O’Hungry’s in Old Town. The following year, he also began playing Thursday nights at Prohibition with Jonny and the Wiseguys, as well as recording new demos.