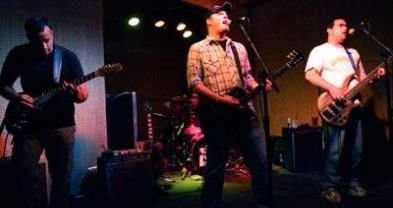 Current Status: JD officially called it quits after a show at O'Connells on February 15, 2008.

Hailing from San Diego, Johnny Different originally kicked off in 2004 as a project established by John Miller and Chris Penta. Later adding Jay Culbertson and John Spaid, JD played two shows in late 2004 with this lineup.

Like most bands, JD stumbled over their first few steps, and ended up as a three-piece power trio by August 2005 with John Miller, Jay Culbertson, and John Spaid. For the next year and a half, JD played a rotating circuit of San Diego clubs including Canes, 710 Beach Club, Brick by Brick, the Tiki House, Bar Leucadian, the Ocean Beach Farmers Market, and O’Connells.

In January 2007, JD released their first album Growin’ Up, which was recorded and produced at StudiOB by long time San Diego musician Chuck Schiele.

In April 2007, the guys of JD decided to add to the mix and the sound of the band by adding lead guitarist Ryan Vernazza. Now, a four-piece band again, the future is looking bright for these lads.