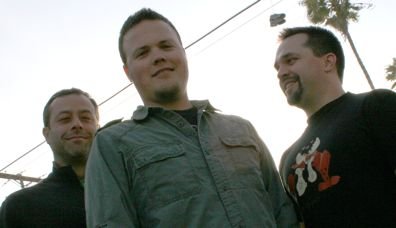 Based in Ocean Beach, John Miller & the Payback is fronted by singer/songwriter John Miller. The band includes Meld bassist Dave Swendsen (who played with Miller in Pennsylvania) and guitarist Ryan Vernazza. “I have a degree in Music from the University of Pittsburgh,” says Miller. “While that might not be that surprising, it might be more-so that I studied Jazz Vocal. Oh, and I was president of the college Glee Club. Yeah, I know, laugh it up!”

Miller arrived in San Diego in 2003, playing with Johnny Different. They recorded one album, Growin' Up, produced and engineered by Chuck Schiele (the Grams). Miller began performing acoustic shows with Ryan Vernazza in 2008, and that duo ended up forming John Miller & the Payback. Their debut album Vinyl Static Compliments was released in May 2009, produced by Chuck Schiele (the Grams) at StudiOB.

“Our music sounds like Tom Petty, Stevie Wonder, G. Love, and Dinosaur Jr. got together and wrote an album,” says Miller, who was nominated for Best Acoustic at the 2008 San Diego Music Awards. He also appears on the Grams' second studio album, Love Factory, and his 2010 recording “We Will Find A Way” appeared on the local band compilation Staring at the Sun Volume 8, on local Blindspot Records.

In summer 2010, Miller relocated with his wife to Cincinatti. “The band is staying, though, they're each interested in doing shows whenever I come back into town,” he told the Reader. “I guess the only thing I can really say to San Diego, is thanks. The last seven years have changed my life dramatically. I fell in love, got married, and did more with music then I have ever before. I've met great people and great musicians that I've been fortunate to share the stage with. San Diego will most certainly always be some form of home and my experiences here will stay with me always.”