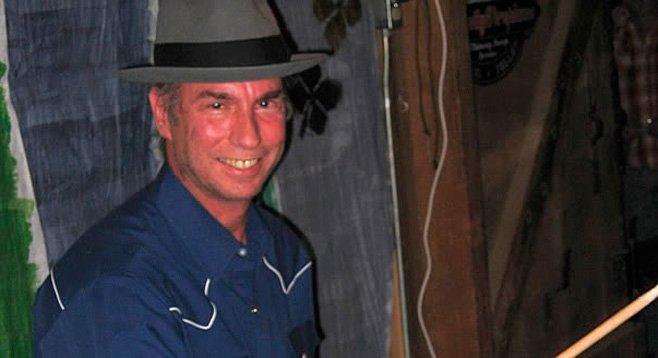 “I just did music for fun back then,” says Sara Petite. “About six years ago, Martin from the Ould Sod asked me if I wanted to play at their amnesty benefit.”

Petite and drummer John Kuhlken had recently begun dating. “I told John, ‘Everybody’s gonna have a band except for me.’” Kuhlken helped her put a group together that included Rick Wilkins and Wade Maurer. This lineup would become the core of Sara Petite and the Sugar Daddies, so named, Petite says, “Because the guys were all over 40.”

Kuhlken died unexpectedly in the early morning hours of May 20, 2011, of a blood infection. A survivor of non-Hodgkin’s lymphoma, Kuhlken had a clean bill of health going into what would ultimately be the couple’s last weekend together. On May 13 and 14, Sara Petite and the Sugar Daddies played gigs at Pappy and Harriet’s in Pioneertown near Joshua Tree. “It was probably the best weekend ever,” Petite recalls. The following Wednesday, Petite says Kuhlken wasn’t feeling well and left work early; that night he was admitted to the emergency room at Alvarado hospital.

The news of Kuhlken’s passing came as a shock, especially for those who saw him perform at this year’s Adams Avenue Roots Festival on April 30 or with Brawley at Bar Leucadian on May 9.

A native San Diegan, Kuhlken was born in 1961 and attended Patrick Henry High School in San Carlos. He graduated from SDSU and worked by day as a copywriter at the San Diego Union-Tribune. The founding Sugar Daddy also drummed with the Slidewinders, Brawley, the Nards, Deep in the Shed, the Targets, and the MacAnanys. He was 49. Kuhlken is survived by a sister, Janet Wray, and a brother, Brian. A memorial service was held Friday, May 27, at the Normal Heights Methodist Church, within walking distance of Kuhlken’s last local performance. A tribute concert for the late drummer happened July 23 at Eleven.

What does the future look like for Sara Petite? She says she doesn’t know and doesn’t want to talk about it. Although they worked and lived together for almost six and a half years, Petite says she and Kuhlken kept their lives offstage private. “He was my best friend. We did everything together. John,” she says, “is irreplaceable.”