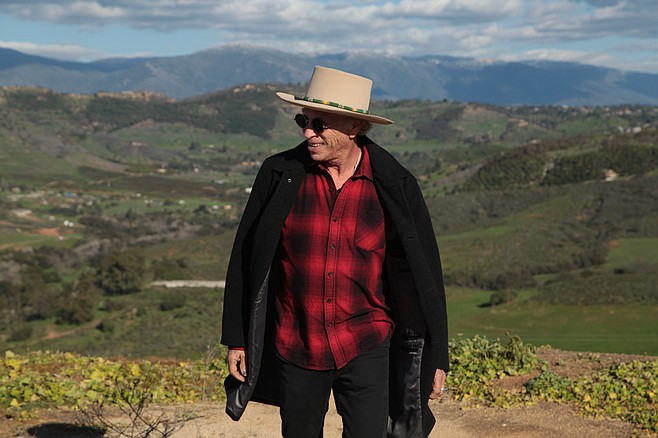 Born in Chicago in the American heartland, Joel Rafael came west to Southern California as a young boy in 1972. Except for a brief period in the Pacific Northwest, he has lived there his entire life, now dwelling for almost three decades in a small ranch house in the rustic coastal foothills of northern San Diego. A love for music was always central to his being, and it was the folk movement of the 1960s that, early on, spurred him onto a path to eventually make it himself.

In 1995, Rafael won the Kerrville Folk Festival's “New Folk Emerging Songwriter” award. Over the years, Rafael has chronicled his life in song with literacy, horse sense, and unvarnished emotional resonance, releasing several albums of original material. He has toured extensively, both solo and with the Joel Rafael Band (featuring his daughter Jamaica on violin) and in a duo with Rosie Flores.

Rafael’s 2008 album Thirteen Stories High features David Crosby and Graham Nash singing on his protest song “This Is My Country.” The song later became a frequent staple of Crosby, Stills and Nash setlists, including a 2008 Oakland date where Rafeal sang it onstage with the trio. CSN also performed the song at the Democratic Convention in 2008, and it was also heard in the 2009 film documentary Poliwood.

In 2010, he released The Songs of Woody Guthrie, Vol. 1 & 2, on the label founded by Jackson Browne, Inside Recordings. Guthrie’s son Arlo guests on the album, singing “Stepstones.”