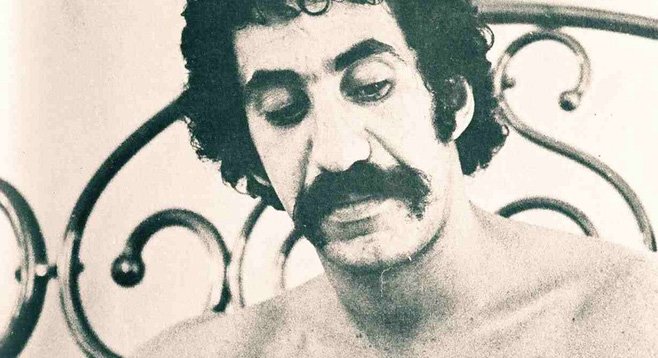 Singer/songwriter Jim Croce had barely settled his family in San Diego when he perished in a plane crash September 20, 1973, at the age of 30. His son A.J. Croce was a week past his second birthday, his father died. A few years after A.J. and his mother Ingrid arrived in San Diego, he developed a brain tumor that cost him his eyesight. This was the beginning of what would become a success story for this nearly native San Diegan.

By his early teens, A.J. Croce had regained most of the vision in his left eye and become an accomplished piano player and songsmith. Supporting his musical endeavors was his mom, who’d sung on early records with her late husband and whose Croce’s nightclub was an early linchpin in downtown’s unlikely transition from shore-leave sailors to Gaslamp glitterati.

"Jim Croce continues to be one of the most reissued artists in music," noted local music historian Bart Mendoza in late 2008. "Three Jim Croce titles have been gathered together as a box set, the 35th Anniversary Jim Croce Collector's Tin. While there is a wealth of music that did not make the set, this is pretty much definitve and includes: On DVD Have You Heard - Jim Croce Live with classic concert and TV footage, on CD Home Recordings Americana comprised of demos and early tracks, plus, on CD, Bad, Bad, Leroy Brown and Other Hits, featuring his best known songs."

Meanwhile, all three of Jim Croce's studio albums - You Don't Mess Around With Jim, Life And Times, and I Got A Name - have been re-issued by Rhino Encore. "No bonus tracks, though," laments Mendoza.

Later that year, a new 50-song 2-CD compilation, the Original Albums, was released on the UK label Edsel, containing all three of his main albums plus seventeen bonus tracks. A new biography, I Got a Name: The Jim Croce Story, co-written by Ingrid Croce and Jimmy Rock, hit bookstores in 2012.