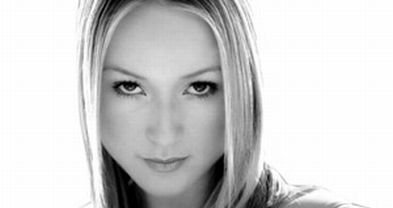 Suggest to a 20-year-old that she might be naive, and you’re likely to get your head chewed off. Ask Jewel Kilcher how she got signed to a major label and she answers, “I think angels, personally.” She’s not kidding, and she doesn’t care what anyone thinks of her rainbows-and-unicorns attitude.

Her aplomb may come from her long experience dealing with rough crowds -- she started playing to drunks when she was eight. “Singing in the bars that early taught me so much...I used to get so bummed because people wouldn't listen; I'd pout on stage. The one time, a drunk came up. I leaned down and he says stop looking so goddamned depressed! It taught me that even if there's only three people in the bar, you've got to be professional.”

She eventually learned to accompany herself. “I taught myself to play guitar when I was 16 and, though I have developed my own unique style, and used open tunings to create moods, I know shockingly little about what I'm doing. I never know the key I'm playing in, often don't know the names of the chords I'm playing, and have never been able to play a lead of any sort.”

Inga Vainshtein says she discovered Jewel “playing in a filthy coffeehouse” and began managing the career of the then-homeless performer in 1993, introducing the future superstar to San Diego venue owners and lining up gigs. This relationship continued after the release of Jewel’s album Pieces of You in 1995 and as the album picked up steam and shot up the charts. Vainshtein says she was fired by Jewel in early 1998 when Jewel’s mother (Lenedra J. Carroll) supplanted her role as the singer’s manager.

Vainshtein filed a lawsuit against Jewel and her mother at Los Angeles Superior Court in December 1998, seeking $10 million for “breach of written contract, breach of covenant of good faith, declaratory relief, accounting” and “interference with contractual relations.” The writ also stated that, while Vainshtein was still supposedly in charge of the deal making, Jewel’s mom solicited business advice from a psychic name Jackie Snyder, who channeled this wisdom “by communing with some entity referred to as Z.”

One of Vainshtein’s lawyers, Caryn Brottman Sanders, said “It's difficult to manage someone when your business decisions are being made by an ancient spirit. Let's just say that my client believes she has been very wrongly treated. She discovered Jewel when she had nothing. Jewel has risen from obscurity and abject poverty to become one of the most famous and successful recording artists of the decade. Her commercial success is thanks to my client.”

At the time the suit was filed, Jewel and her mother were sharing a 2.5 million dollar mock-Tudor mansion in San Diego. Just weeks later, Jewel's Spirit album debuted at #3 on the Billboard album chart, selling 368,000 copies during its opening week. In January 1999, Jewel filed her own petition in response to the lawsuit.

In 2001, the California Labor Commission agreed that Vainshtein violated the California Talent Agencies Act and used “illegal booking tactics” while managing Jewell. The original 1994 management contract between Vainshtein and the singer was declared unlawful and void.

Vainshtein appealed and demanded that Jewel be forced to pay her $1,843,450 in unpaid commissions. The appeal was denied; the court has not yet reviewed Vainshtein’s still-pending original lawsuit.

In June 2003, the newswire service Reuters reported that Jewel had signed a new management deal with Irving Azoff, former president of MCA Records and manager of the Eagles and others. Lenendra Caroll will now oversee Jewel's charity endeavors.

In 2010, she released Sweet and Wild. By the end of the year, she recieved a 2011 Grammy Award nomination, for Best Female Country Performance, and signed on to the new Going Platinum TV show, a 10-episode talent competition she will judge alongside former American Idol judge Kara DioGuardi.

In early 2011, she and her husband, rodeo star Ty Murray, announced they are expecting their first child. Following a widely reported car accident on March 11, the pregnant singer assured fans she’s recovering well, insisting she feels “blessed” to have avoided serious injury.

The May 30 debut of the Bravo TV songwriting contest Platinum Hit, co-hosted by Jewel, reportedly drew low ratings for the struggling network. Contestants compete for a $100,000 prize and a music publishing deal. Later in 2011, she began hosting The Incurables on Veria TV.

In September 2012, Jewel performed a fundraising set for a local women's homeless shelter, Rachel's House. Around the same time, she released That’s What I’d Do, a picture book and CD celebrating the love for her newborn son, under a new deal with Paula Wiseman Books, an imprint of Simon & Schuster Children's Publishing. With illustrations by award-winning artist Amy June Bates, the book was inspired by the song “What I’d Do” (music and lyrics by Jewel and Patrick Davis), from the bonus edition of the album The Merry Goes Round.

A Greatest Hits package dropped February 5, 2013, which includes new recordings of two songs: one co-written with local Rugburn Steve Poltz, “You Were Meant For Me” (featuring the Pistol Annies), and “Foolish Games” (featuring Kelly Clarkson), as well as a new single, “Two Hearts Breaking.”

Shortly after that, Jewel Greatest Hits Remixed was released, featuring tracks made anew by big names such as Todd Terry, Markus Schulz, Lenny B., and more. She played country music legend June Carter Cash in the Lifetime network TV movie Ring of Fire, based on John Carter Cash's memoir about his mother, which premiered May 27, 2013. John Doe of the punk band X portrays June's uncle.

In summer 2014, she announced that she was divorcing her husband of sixteen years, Ty Murray. The following September, she released a new album recorded in Nashville, Picking Up the Pieces, along with a memoir called Never Broken published by Random House Penguin.

She surprised the crowd at a Foo Fighters show in Phoenix, AZ of September 25, 2015, when she joined the band onstage for a performance of Led Zeppelin's "Whole Lotta Love."