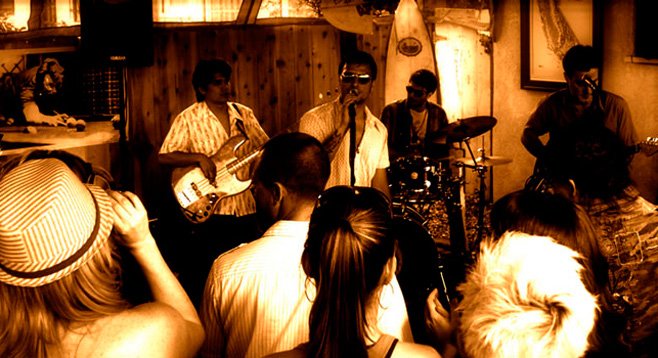 “I’m originally from Philly, but I had moved to Sweden to be with a Swedish girl I met,” says singer-songwriter Jesse LaMonaca. “I lived there for about a year and put a band together and was just starting to get things going when, unfortunately, things fell apart. As often happens with love...I was forced to leave everything I had in Sweden. I came to San Diego with just my guitar and some clothes.”

After LaMonaca’s 2007 arrival in Pacific Beach, the Dime Novels were founded when he played a 2009 solo set in downtown San Diego and recruited several pickup players from the house band to join him onstage for Otis Redding’s “(Sittin’ On) the Dock of the Bay.” They haven’t stopped playing together since.

Their debut album Until The Stars Came Out, was released in June 2010, showcasing their unique Americana soul in a powerful collection of songwriting, melody, and performance that was nominated Best Americana Album at the 2010 San Diego Music Awards. Later that year, with help from family, friends, fans, and eleven sponsors, Jesse went on The Left Coast Sunshine Tour, a solo journey to Australia, playing shows in Sydney, Melbourne, Margaret River, and Fremantle.

A new song “The Deal,” recorded at Blackbird Studio in Nashville, began streaming on their SoundCloud page in February 2012. That August, The Lament of Tumbleweed Hawk won Best Americana Album at the San Diego Music Awards.