Jesse Davis and the Soul of Jazz 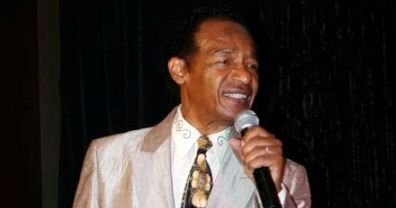 “I started singing in the youth choir at church,” says Jesse Davis, “and so always had some aspirations to perform, but I wasn’t sure that was where my path would lead.”

Asked to share a where-it-all-began moment, Davis says, “Vegas, baby. My first audition at the Sands Hotel and Casino [in the ’60s]. Frank Sinatra and Dean Martin were in the room, the big Copa Room where Sinatra performed. And there wasn’t a microphone for me. The stagehands forgot to set ’em up. But I had to perform, and I sang a couple numbers with the combo there, and Sinatra says to the manager, ‘What are you trying to do, burn the kid’s voice out? Give him a job!’ ”

“My inspiration growing up was Billy Eckstine and Nat King Cole. I’ve been compared to them all, including Al Jarreau and Johnny Mathis. My voice is different from all of those terrific artists — when people make a comparison, I think they’re referring to the musical style.”

“The concert that cemented my resolve to become a professional singer was Billy Eckstine. He was so well dressed and smooth as silk. I remember asking a girl to dance, and she turned to me with an incredulous look and said, ‘Are you crazy? Billy is singing!’ Other girls were in tears, listening to him sing a romantic ballad. Right then and there, I thought this is what I want to do.”

“I still have a tendency to listen to the artists that inspired me, such as Sarah Vaughan, Ella Fitzgerald, and Carmen McRae, but I also like many of the current artists like Christina Aguilera, who has a great voice.”

Another inspiration is soulful singer Johnny Mathis. “Back in the day, I even substituted for Mathis on his opening night on a gig in Palm Springs when he was sick, a last minute thing. The audience did not even know that Johnny was not there, and I was there to see his show myself, because I was opening in Palm Springs myself the following week. His musical director approached me and asked if I would do the show. I thought he was kidding, but he took me backstage and, in a matter of minutes, I was talking over arrangements with his conductor. It was a full orchestra and, although I wasn’t nervous about the material, I was definitely apprehensive about the crowd, who paid to see Mathis and did not yet know he wasn’t there. But all went beautifully, and I got a standing ovation at the end. Whew!”

Davis moved from L.A. to San Diego in 1970 and began performing at Shifty’s and the Hotel del Coronado, with later residencies at the Atlantis, the Town and Country Hotel, Villani’s Restaurant, the Mission Valley Inn, Anthony’s Harborside, and the La Costa Country Club.

“My wife teases that I’ve never had a real job, except for two weeks at a Cheesecake Factory. I only work four hours or less at a time, I get to take breaks and have cocktails, and I socialize on the job.”

In 2008, the San Diego African American Musician Heritage Foundation inducted Davis into its Hall of Fame, placing him among other lauded locals such as Charles McPherson, Fro Brigham, Hollis Gentry III, and Carl Evans Jr., whose first public singing performance came at the urging of Davis.

In addition, “I got to attend a recording session of Ella Fitzgerald with Duke Ellington and went to the Duke’s hotel afterwards for an informal get-together. He was one of the most impressive men I’ve ever met.”

Davis has even entertained an ex-President in Palm Springs. “Betty Ford came to see me perform in Palm Springs and said she would bring the president back another time. I didn’t think that would happen, but she did. On a break, I was taken to their table to chat with them. When they got up to leave — prearranged with the Secret Service — Mrs. Ford announced she would not leave until she had a dance with me. Now, that made me nervous, wondering how the president was going to react. But he was great.”

“But I got to tell you, one of my career highlights was [in 2008] at Anthology, where I performed a career retrospective that my wife Diane produced. It was completely sold out.”

Not that things have always gone so well with his career. “The most poor I’ve ever been was when a business man flew me to Las Vegas from Michigan, with promises of introducing me to an important booking agent promoter. We stopped in Denver for the night and went to see a group called the Fabulous Tones, a touring show band. The leader of the group, Rudy Hunter, let me sing with the group that night and said if I was ever in L.A., to look them up.”

“We got to Las Vegas, and found that the booking agent promoter was in New York. So, more promises and a flight to Los Angeles followed. There were no contacts, but I decided to stay and see what developed. With what little money I had, I bought an old car and got a room in a boarding house and stared making the rounds. A week later, with nothing to do, I decided to go to the movies and, as fate would have it, coming out of the movie theatre was Rudy Hunter. Rudy recognized me and said that his lead singer had just left the group, and asked if I wanted to join them. Man did I! That began two years of touring all over the U.S. with the Fabulous Tones, and it was a great learning experience.”

Davis performs “mostly corporate events these days, big-band stuff where you can put on the whole show, like in Vegas and Palm Springs, where I still enjoy gigging.” He also recorded for Walt Disney Pictures.

“The song that would represent my career would be ‘I Am a Singer,’ made famous by Frankie Laine and Jack Jones. The line at the end says it all: ‘I do this for a living, but more important yet, the fun is in the giving, and you’re lucky if you get to be a singer.’”

Considered primarily a standards and jazz singer in America, he is known for a completely different music style in the United Kingdom and in Europe, where there is a very large fan base for a sound they call Northern Soul. Davis has three 45RPM records that are collector items among these avid vinyl fans, and the songs are played regularly at various Northern Soul events that are held frequently.

Those Northern Soul records, when they surface on eBay, go for anywhere between $1,200.00 and $1,500.00. ACE Records in London, who took over ERA Records (the label on which some older Davis recordings were issued on) re-released one of those collectible songs in summer 2010, contacting Davis to also release one of his original songs this past year. Around the same time, Davis was brought over to England for the first time in his career, to perform at a Northern Soul concert.

“They’re very passionate about their music, and are very loyal fans.”

His first duets CD, with frequent singing partner Darci Daniels, had its CD release show at Anthology on October 28, 2010, though Davis became ill onstage. “I thought he was having a stroke,” a rep told the Reader, “but it turned out to be a very high fever do to a blood bacteria and a tear in the stomach area.”

Darci Daniels finished the show and Davis underwent Endoscopy to treat the problem.