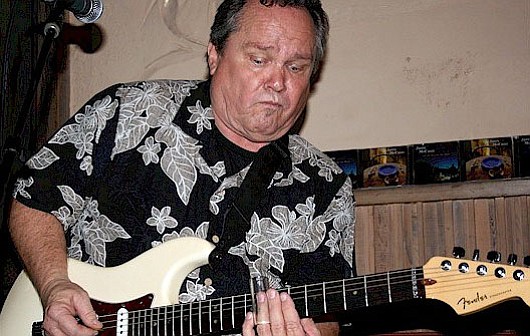 McCann and members of the Orfuns then joined with former players from the Centaurs to form a garage (and later psychedelic) rock group named Framework.

Managed by KB Artists (who also handled local contemporaries the Brain Police), the original five-piece version of Framework recorded two songs, “Iron Door” and “Funny Kind Of Sunshine,” that were only released via radio station acetates.

In late 1968, McCann and Spiron formed a new trio version of Framework with singer/bassist Terry Fann. Over the course of its short life, Framework opened for many touring headliners, including the Byrds, Poco, Santana, Frank Zappa, the Moody Blues, Steve Miller, and the Grateful Dead.

After Framework split, McCann moved to San Francisco in 1971 and regrouped with Rick Cutler (drums), and Jack Jacobsen (keys) from their shortlived '60s band National Debt to form a new jazz-fusion group called Anthrax. They recorded an album for Elektra, though the label renamed the band Show of Hands (Formerly Anthrax). The songwriting credit for their 1971 single “Stanley’s Theme” was credited to the whole band, though they broke up soon after its release.

Within a few years, McCann was back in San Diego playing with groups like Nova and his own Jerry McCann Band. His solo albums include All Lit Up Like the Moon, Blue Plate Special, and What It Is and What It Was.