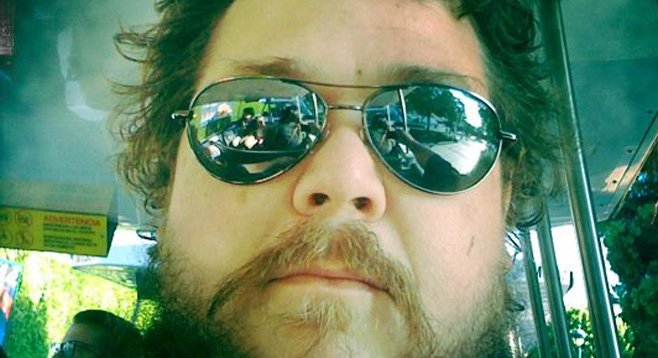 Jeff Berkley recalls his first musical instrument. “A white upright piano. My parents got it for me when I was three or four. My father was a minister, and it was handed down from some old church, all dirty, cracked in a bunch of places, and I think it leaned to the left. I messed around with that until I was old enough to set up boxes to play with wooden spoons, after I decided to become a drummer for a while. It didn’t cost me anything. Since it came from a church, it was a gift from God.”

Berkley (“I’m one of the rare native San Diegans”) and frequent partner Calman Hart (“I moved here from Utah in the early 1980s”) joined forces as Berkley Hart in October 1999. Berkley thinks it’s their third album, 2004’s Twelve, that best captures their rootsy Americana sound. “About a year ago we built a new home studio, so that was our first entirely self-produced effort. I’ve been producing records for a while but never had my own equipment. Now that I’m engineering, I’ve been listening to a lot of older records and learning how the great bands got that actual sound you know them for.”

Berkley also produces music for others. At 22, he got his first co-producer credit for a Joel Raphael record. He’s since worked with a roster of talent including such notable locals as Gregory Page, Lisa Sanders, Stevie and the Hi-Stax, and Tim Flannery.

“My job as a producer changes with every artist’s project. Writing music, editing, choosing songs, rehearsing the band, choosing instruments, recording, directing, setting the stage, resolving arguments, choosing tones, recording, playing, or keeping quiet and staying out of the way, promoting, finding a budget, etc. I just fill in the blanks where I’m needed...I actually produce a real copy of their dreams. Cool job!”

He says he’s been lucky enough that his own records have been produced by talents who ended up inspiring his own later efforts. “I’ve worked with a lot of folks, some big-time and some local, and they all did the right thing. I learned everything from them including my dad James Berkley, Andy Mingione, Bob Johnson, Dave Sharp, Ben Moore, Joel Rafael, Paul Dieter, Kevin McCormack, Gavin Lurssen, Sven Eric Seaholm, and John Katchur.”

In early 2012, he toured the UK opening for Eve Selis during her summer British tour, which kicked off in Nottingham on July 6.

After several more years of frequent Berkley Hart performances, Berkley said in late 2016 "I've made hundreds of records, tour of the world with Berkley Hart, but I've never made a solo record. So, that's what I'm doing right now. I'll put that out of the spring. It's really exciting. It celebrates the music of New Orleans."