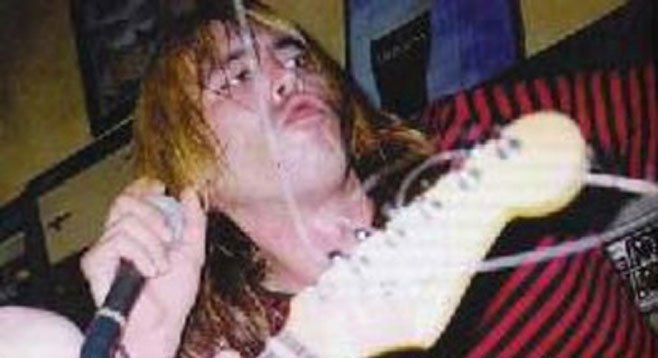 Influences: The Cramps, the Stooges, the Monks, the Seeds, the Troggs, Pretty Things, the New York Dolls, Velvet Underground, the Mystery Machine, the Brain Police

Leighton Koizumi first came to local notice singing for garage band revivalists Gravedigger Five. After that group disbanded, he and fello 'Digger Ted Friedman moved to the Bay Area where they founded the Morlocks, another Paisley Underground garage rock revival band which continued the Gravedigger sound.

Incorporating the elements of fear of the unknown, hedonism, time travel, and better living thru science, Koizumi launched his new project Jaws of Terror in 2013. A multimedia musical project that incorporates many different mediums, the group also features Tito Fabio MacOzzy (Tito and the Brainsuckers, the Electric Flashbacks ).

A video for the song “I Know You Cried” was directed by Ivan D'Antonio.