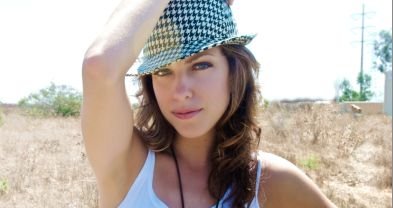 Jasmine Commerce, a native Virginian now based in San Diego, originally aspired to be a professional athlete, until a rugby injury forced him to take a break from sports.

She released her first EP Somewhere In Between in 2008. That summer, she won second place in CBS’s Sophie 103.7 FM singer-songwriter contest, earning a gig at the San Diego County Fair in Del Mar. She’s also appeared at the Belly Up and the Mint in L.A.

She has been nominated for several San Diego Music Awards, including Best Acoustic Act at the 2011 edition.