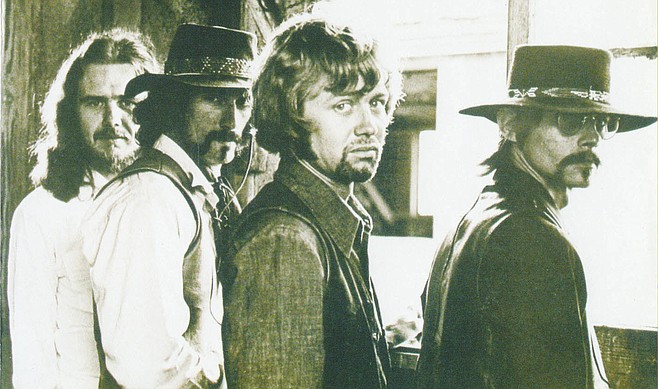 In addition to turning up on the KGB-FM Homegrown album series, Jamul earned nationwide airplay with singles like their cover of “Tobacco Road,” as well as originals like “Movin’ To the Country,” and “Sunrise Over Jamul” (named a Newcomer Pick of the Week in Cashbox magazine). Their self-titled debut LP hit number 93 on the Billboard album chart in 1970.

"We did very well packing the clubs and ended up making an album produced by Richard Podolor with Gabriel Mekler as executive producer," recalls drummer Ron Armstrong (formerly of the Misfits, who opened in San Diego for the Rolling Stones). The same production team also produced Steppenwolf and 3 Dog Night.

"Little Richard heard that we recorded one of his songs on our album, 'Long Tall Sally,'" says Armstrong. "We were playing at the Whiskey, in Hollywood. He told our leader and lead singer, Bob Desnoyers, that he liked our four piece band better than his big band and asked us to back him for his first video, produced by Barry Richards, and also play one of our songs in Washington DC...this became part of Barry Richards TV Production."

The video footage below includes Jamul playing part of "Tobacco Road" in 1970, then backing Little Richard. The band split around 1974, having been extant around six years. Armstrong went on to found Little Rock in 1975 with Cajun singer and accordion player/guitarist Joel Sonnier, Michael T Lawson on bass, and Stan Welsh on lead guitar.