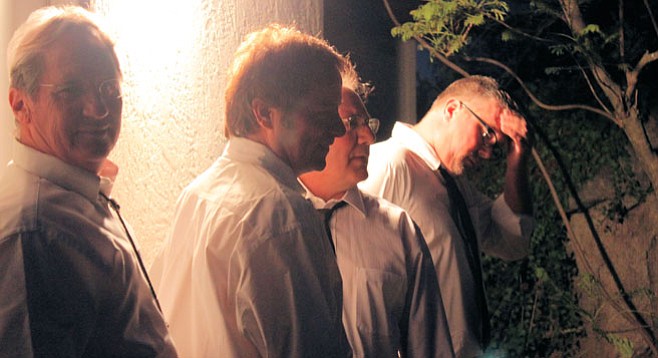 The Jackstones, who've performed together in a variety of projects since 1981, play classic and country rock. According to Rick Lorenzini, they are "Four guys, three of which on the October side of 50 and another that has just broken through that glass, with a love and passion for the music business endeavor to breakthrough."

The group includes Andy Machin, owner of Bigrock Studios in Escondido, whose songs have been featured on film and television, alongside Lorenzini (President and founder of Assembled Product Specialists), longtime La Jolla drummer George Nelms (retired engineer and trader at SDG&E), and Bjorn DeBoer (National Account Manager with Greenrope).

Their album What Brings You Here was released in September 2014. Early the following year, they were among 400 of the Year’s Most Exceptional Artists & Releases nominated at the 14th Independent Music Awards.

In summer 2015, they were nominated by Music Resource Group (MRG) for Country Album of the Year at the 14th Independent Music Awards, for What Brings You Here.

In late 2015, George Nelms also joined Sometimes Julie, whose April 2016 EP Bright Side of the Line was produced by Jackstone singer/guitarist Andy Machin.