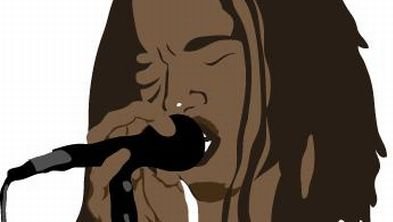 JAC (pronounced Jack) was born in New York City to a Puerto Rican singer/songwriter father and a black mother who modeled. After his parents divorced and his mom moved to San Diego, he followed her and was soon sharing a single-family house with her, his grandmother, and two other siblings. There, he put together his first band. “I’m influenced by the likes of Chris Cornell, Janis Joplin, Bono, Jeff Buckley, the Reverend Al Green, and James Brown, to name a few,” he says.

Noting his wide-ranging vocal prowess and onstage theatricality, Reader reviewer Mary Montgomery once wrote “At his best, he borders on a male version of Aretha Franklin.”

He eventually dropped his family surname Cruz and began calling himself (and his band) JAC. “Late in 2003,” he says, “I felt led to go solo with my own vision, musically and lyrically. The lineup of backup players has changed a bit, but the passion and musical style remains the same.”

In February 2010, JAC signed with Vintage Sugar Entertainment and began planning a new CD and tour.