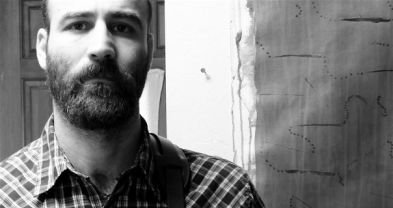 Born on a central Israel army base, to South American parents, Itai Faierman says his infatuation with music started in the womb. His mother, a classical pianist, would often play Chopin, gently placing her large belly on the vibrational calm of the Baldwin piano.

Faierman has toured the country, and he DOES know the way to Carnegie Hall, where he played as backing guitarist for opera tenor Gaston Rivero.

Growing up in New York City, Faierman began studying piano (age 7), violin (age 10), and had picked up the guitar by the time he turned 15. After playing in several hardcore NYC bands, he moved to San Diego in 2000, taking up residence at a Zen monastery, ten minutes from the Mexican border, where he spent his days gardening and meditating and his nights writing music. He later fronted the Mashtis.

Between 2001 and 2006, Faierman recorded and produced nine albums on his Nowhere2 Records label. After a three-year hiatus, he released The Sunbed Tapes in 2009, recorded in his home studio. Three of the tracks appeared in Germany as a split EP with Gold and Silver Records, and he also announced plans to record a second album with Karl Blau in 2009.

The former Mashtis frontman formed a new band in 2014, Speaker in Reverse, with its first single “Holy Girl.” “We'll be booking our first live show sometime this summer, most likely in July or August,” Faierman told the Reader.

However, when 2016 dawned, he reported “At this time, I’m on an indefinite hiatus from writing and performing music, to focus all creative energies on the new book release...Doing Nothing: Confessions of a Nondual Zen Monk is geared for those deeply interested in the fundamental questions about life, existence, death, [and] truth,” he explained. “This book is a collection of reflections, inquiries, and poems that, quite literally, spilled onto the pages of my traveling journals in the summer and fall months of 2015.”