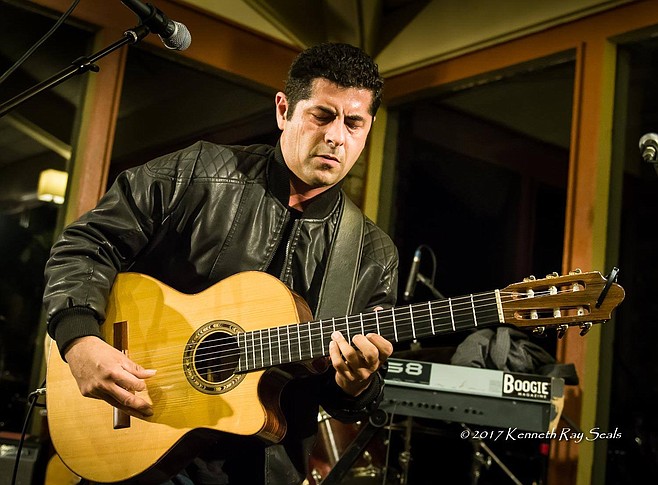 "I have been a musician for hire and have been performing professionally for over three decades," says Israel Maldonado. "At the age of seven, I and a group of friends joined Banda Infantil del Dif, a children’s orchestra in my hometown of Tijuana, Mexico. At age ten, I began to train in classical guitar."

Maldonado moved with his family to Carlsbad when he was 14. "I learned percussion upon joining the drum line at Carlsbad High School. During my college years at Palomar College and San Diego State University, I joined guitar ensembles."

"I established Israel Maldonado Music in 1996 when I booked my first club gig at Café Sevilla," he says. In addition, "I teach guitar, bass, and Latin, including Brazilian and AfroCuban percussion. I let my students’ passions guide the lessons and always teach them what they want to learn."

His own releases, such as his Triste Distancia EP and an album called Grateful, blend all of his musical experiences with Brazilian, salsa, gypsy, funk, reggae, classical, and rock. As of 2015, he was performing around town solo, hosting open mics, and playing in the bands Puente and a trio called Tres con Todo.