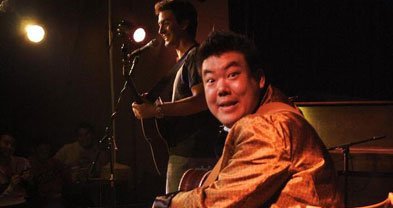 By 2009, Cheong recorded his own debut, The Shopping Cart, under the name She Blonde Swede. “I did it over five days in coproducer Aaron Bowen’s living room in La Mesa, literally days before I moved to Australia. I played just about every instrument, except for drums and bass. Aaron played lap steel, some lead guitar, and backing vocals. Kelsea Little and Joseph Lorge of the Wrong Trousers backed me up on the song ‘Loving You,’ and there’s also a choir of local musicians on the track ‘Haunted.’ ”

After almost two years in Australia, Cheong returned to San Diego in Autumn 2010, to embark on a west coast Adult Books Tour with co-headliners Rob Deez and Kenny Eng. Despite the tour name, they requested that attendees NOT bring actual adult books.