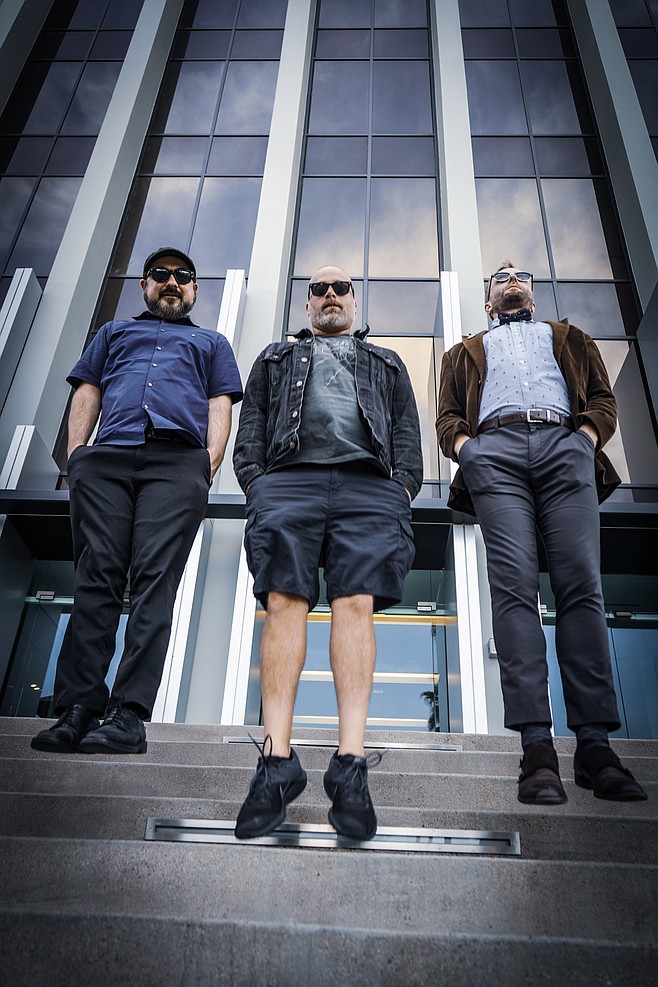 Innerds was founded by Brandon Relf (Sleeping People) and Bobby Bray (The Locust, Holy Molar). By 2016, with the addition of Chad Deal (Phantom Twins) on bass, the band had changed its name to INUS (The Institute for Navigating the Universal Self), describing their sound as "pre-postapocalyptic, post-honky-tonk-prog-skronk, space-tropicalia, math-lounge."

Their album Western Spaghettification, is a play on words intertwining Stephen Hawking’s concept of spaghettification (what theoretically happens when you cross the event horizon of a black hole) and Spaghetti Westerns, which were filmed in Italy, with Italians portraying Mexicans, to save money. Recorded at UCSD’s Conrad Prebys Music Center and K-Street Studios and mastered by Tom Erbe (who has worked on albums for Morton Feldman and Alvin Lucir), the album was preceded by a single for "Kajillions and Bazillions."