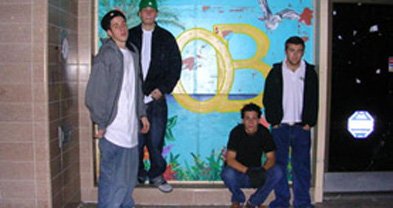 Sound description: Grunge retooled for the Fall Out Boy generation.

"Our name comes from the idea that the percentage of our brain that people use today is a fraction of what it should be," says Innerlimit singer/percussionist Drew Bent. "We have a lot more potential than we can even conceive. Television, media, and the government are all key players in the dumbing-down of the human race. Innerlimit dares one to explore the known realms of thinking...to create a better world."