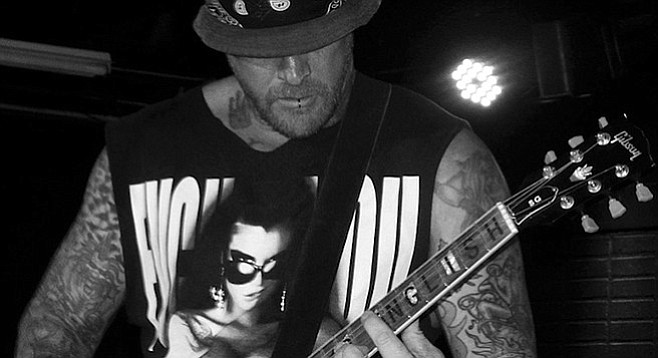 Kelly English came out of the Orange County punk scene with the band Long Tall Sally. “They called me Kelly English because I was the Slim Shady of punk. Eventually, I legally changed my last name to English.”

After moving to San Marcos, he formed the Infidelz, which began recording a new album called Dangerously Animated in 2015.