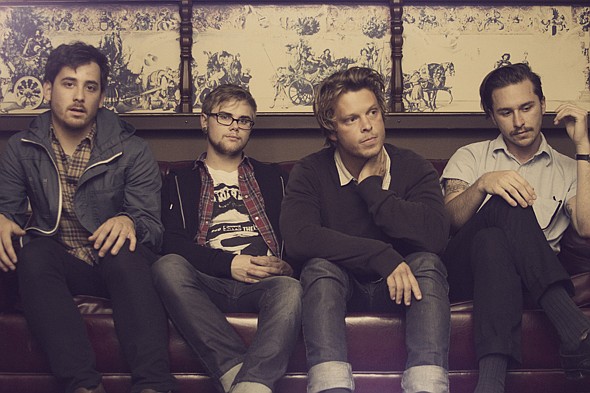 The Howls were formed in early 2008 by singer-guitarist John Cooper and drummer Dave Gargula. Later adding bassist-keyboardist Caleb Chial and a roster of rotating lead guitarists, the band plays around town at the Belly Up, the Casbah, and elsewhere.

Gargula also played with several Christian bands, including Heaven Is for Sinners and Upon His Coming, as well as being a veteran of the San Pasqual High School marching band.

In early 2009, the band reported, “We’ve been recording what will be our first official release over the last month or two, in the middle of the night in a cold warehouse up in North County. It’s been a fun but tiring endeavor to record all night and wake up and go to work every morning. Here’s to hoping it pays off!”

By early 2010, the debut EP was being offered as a free download on their website. According to Cooper, “We recorded it entirely by ourselves in a warehouse in the middle of the night and at my house in downtown Encinitas.” In late 2012, their music was heard in the TV show Sons Of Anarchy.

By 2018-2019, the band had been inactive some time, with singer-bassist Nik Ewing playing with Local Natives.