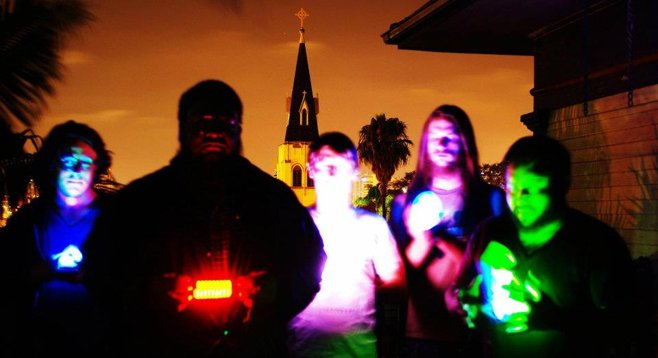 RIYL: Between the Buried and Me, Dillinger Escape Plan, the Contortionist, the Red Chord, Veil of Maya, Job for a Cowboy

Based in Chula Vista, Horde of Sirens was founded in early 2010 by Steve Sousek (guitar, keys) and Lorenzo Oviedo (drums), both formerly of Terrorspell. They were joined the following year by Anthony Belluto (bass), and Benjamin Prasser (guitar). They recorded a debut EP with former Terrorspell vocalist Arrold Walton in 2012.