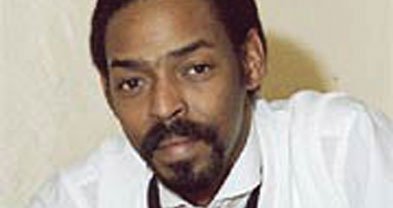 San Diego's music community was dealt a major blow on September 5, 2006, with the passing of jazz icon Hollis Gentry, 51. Saxophonist Gentry had survived a roll-over car accident in September 2004, which fractured his jaw and caused serious facial damage, preventing him from playing his instrument; he was hospitalized for nearly three months. Sadly, he never fully recovered and could no longer play, but things took an even worse turn when he was diagnosed with cancer just two months before his passing.

Gentry went to O'Farrell Middle School and Crawford High School. In 1969, he and Carl Evans, Jr., founded local funk band Power. In the early 1980s, the pair founded the jazz quintet Fattburger. A few years later, Gentry departed to form his own band Neon, though he remained a part-time member of Fattburger up until he was unable to play his instrument any more.

Hollis Gentry's Neon released its first album on the Nova label in 1989. While Gentry kept a slightly lower profile during his post-Neon years, until the time of his accident he was a perennial presence at numerous clubs and festivals, as well as at the occasional recording session and tour. He appears with guitarist Larry Carlton on the video Larry Carlton Live at the Montreal Jazz Festival, taped in 1990.

Gentry took home a San Diego Music Award in 1996 for Best Jazz Artist and contributed to many local recordings. Anyone looking for a complete set of his recordings will need copies of albums by Patrick Yandall, Gomango Invasion, Planet Groove, Doug Robinson, and Robin Henkel, to name just a few. There are enough guest appearances out there for a good-sized box set.

Neon would eventually fade, but Gentry (as Hollis Gentry III) released a solo album -- For the Record -- in 2001. Dizzy's owner Chuck Perrin has the distinction of having Gentry's last recorded performance as part of his 2005 album, :44 of Love.

-- by Bart Mendoza for San Diego Troubadour, used with permission

Gentry attended O’Farrell in Southeast San Diego in the 1960s, the middle school where evidence of his unusual talent first became apparent.

“My mother could probably best tell you,” remembers Veronica West, Gentry’s sister, “but he started out trying to play drums in the fourth grade at Knox Elementary. When he got to middle school, he knew what he wanted to do. He said that he really wanted to play the saxophone.”

After O’Farrell, Gentry transferred to Crawford High School. A protégé of jazz sax legend Cannonball Adderley, Gentry cofounded smooth-jazz group Fattburger in the 1980s. A fixture on the local jazz club circuit with his band Neon, Gentry toured with Larry Carlton and David Benoit, among others. In 2004, a near-fatal car accident cost him the ability to play saxophone.

On February 24, 2011, Social Advocates for Youth (SAY) San Diego and the O’Farrell Community School in Skyline hosted a dedication concert on campus to name their auditorium after Gentry.

I had the honor of meeting Hollis in 1989, while he subbed for Kirk Whalum in Larry Carlton's Solid Ground Tour. He was incredible! Pretty much stole the show at the Pioneer Center in Reno, NV with some blistering leads... and quite a humble guy after the show.

Neon is still in my rotation today.