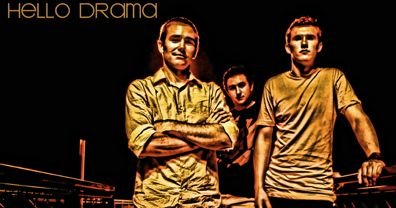 “We’re a rock band with heavy electronic elements,” says singer-guitarist Ephraim Wecker of San Marcos–based Hello Drama. “Our music is dance-y and energetic, hopefully something you can have fun listening to.”

Formed in 2008, Hello Drama is based in San Marcos. “Adrian [Sieminski, singer/bassist] and I met through a mutual friend,” says Wecker. “We had both been in bands previously and were looking to do something different then what we had before. We spent some talking about ideas we had musically and then got to work on those things.”