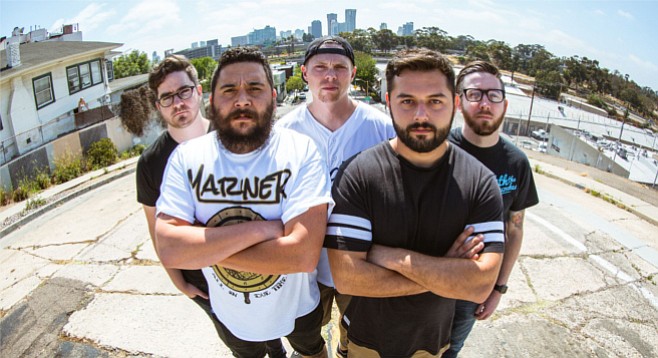 Based in Miramar, pop-punk band Hard To Hit released their five-song self-titled debut EP in December 2015, preceded by the single "Houston We Have A Boner!" The EP was recorded at Panda Studios, where such artists as the Story So Far, State Champs, and Elder Brother have recorded.

"Our worst, or least favorite show, was a battle of the bands that we played in San Bernardino," says bassist TJ Feasby. "It was in an old airplane hangar so the acoustics were lacking, a couple of the bands dropped off so the schedule changed a few times, and the crowd was mostly from the fair, and wasn't really our audience."

An EP called Better Than I’ve Been was released in December 2017. Guitarist Peter Duff produced the debut EP from Alex Lievanos in 2018, Nights Like These.