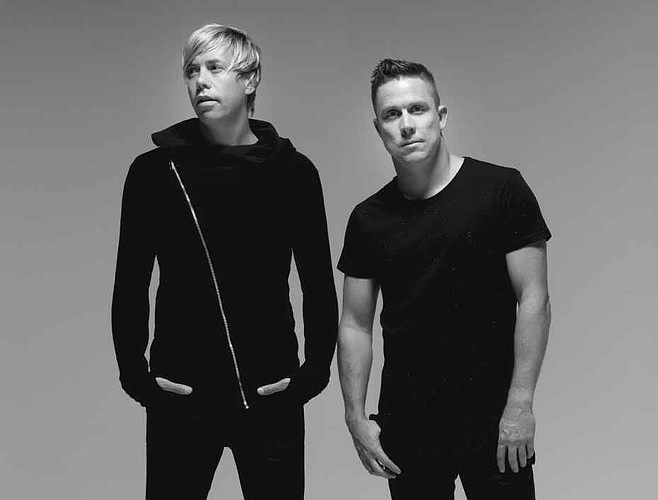 Perceptions of Pacha was released in August 2008, followed by Get Busy Living in 2010. Their next self-titled release spent three weeks on the Dutch Albums Top 100 chart, peaking at number 44 in 2012.

The duo was soon playing sold-out shows from Amsterdam to Miami, from the Sydney Opera House to Sao Paulo, including a Friday night residency at Ibiza's famed Pacha club. They were awarded "Best Pop" at the MTV Africa Music Awards 2014, and their 2015 album Three Second Memory reached number 89 on the Dutch Albums chart.

In addition to hosting their own EDM festival, collaborations include tracks recorded with Bakermat and DIMMI, and they've been known to cover acts like Nirvana and Wyclef Jean & Avicii. An advertisement for the Kia Soul automobile featured their track "Fort Knox," and their music has also been heard in promos for Nike and Castle Lager.

in 2016, the duo sold their houses and relocated to San Diego, where their mix of electronica, African jazz, and surf music seemed bound to find favor. Their sixth full-length Tipping the Scales was released on Amsterdam-based label Armada Music in early 2017, preceded by a single for "Deep Of The Night" (feat. Diamond Thug).