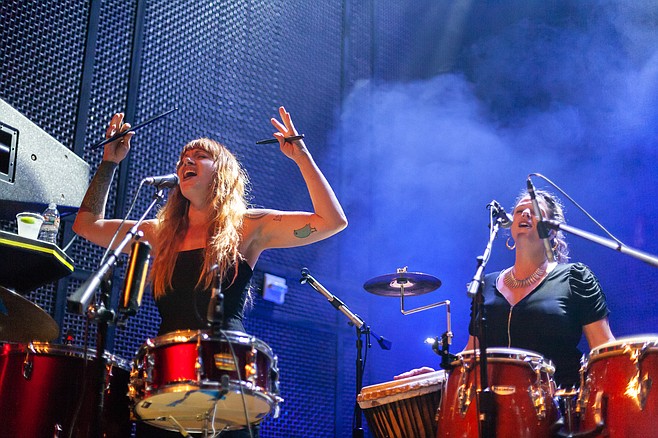 The EP cover collage is by Kyra Devine, graphic designer and lifelong friend of keyboardist Shannon O’Shea. "The mountain and planet fit well with the title Mighty Mighty, a line in 'This Old House,'" she told the Reader.

The group took a break in January 2019, after Christopher Balcom and Shannon O'Shea welcomed their first child into the world. On their return to gigging that July, the band's lineup had been revised to include Christopher Balcom, Shannon O'Shea, Rachel Riba, Dimitry Zingerman, and Marlo Smith now joined by Jules Stewart on drums and Josh Mooers on bass.