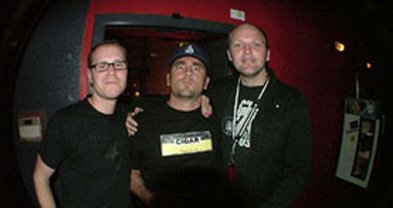 His album Topics for Gossip was released in September 2008 on 99X/10 Records, the label founded by former Cure keyboardist Roger O'Donnell.

The band's music music has turned up on TV shows like The Real World and Keeping Up with the Kardashians. Torbert's song “Lost in the Zoo” accompanies a TV commercial airing frequently in Tennessee, Virginia, and North Carolina.

“I sold a CD to a girl on the East Coast,” he says. “Her boyfriend just happened to work in advertising and liked the song so much that he pushed to get it placed in a commercial he was working on for the Tri-Cities Regional Airport.” The ad runs on NBC and CBS affiliate stations, and can be seen on the band’s website.

The instrumental tune is set to a visual travelogue, with narration exhorting viewers to “Want it, book it, be there.” “The commercial is light-hearted, gliding along different locations with the intro keyboard line, enticing people go on vacation,” says Torbert. “Although it's not exactly how I'd choose that song to be placed, I'm extremely happy that it’s out there. This is my first paid placement –- they paid me a one-time fee -- so that’s great. Hopefully, it’ll lead to some film scoring in the near future. Don’t want to jinx it.”

The soundtrack to the 2010 film Like Crazy inludes two Goddamn Electric Bill songs. In February 2011, the band released their album Jazz.