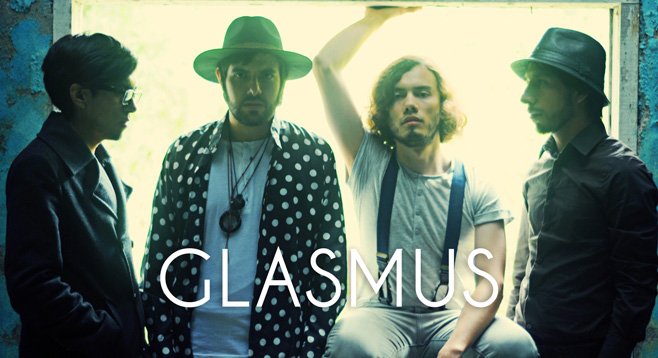 RIYL: Placebo, Kasabian, Queens of the Stone Age, At the Drive-In, Prayers

Based in San Ysidro and Tijuana, Glasmus is a bilingüal rock outfit which writes songs in both English and Spanish. Each member has adopted a stage name that begins with the letter M, such as Mousiky, MagDalen, Moosni, Macondo, and Moncho.

A self-titled EP was released in 2012, after which they embarked on a month-long residency in Mexico City. They were 91X’s local band of the month (the Local Break) for July 2012.