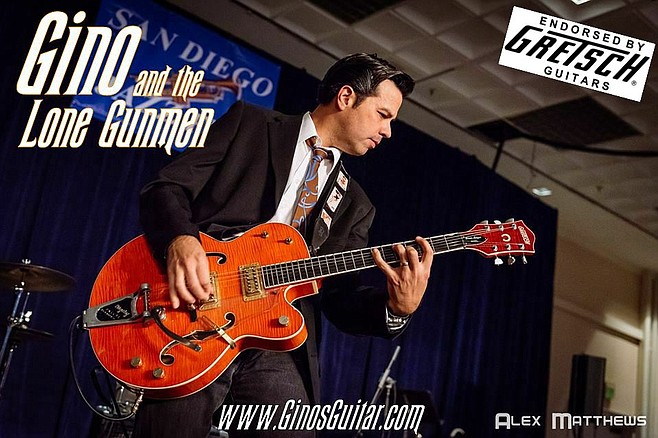 Based in North County, Gino & the Lone Gunmen perform swing, rockabilly, jump blues, and vintage rock and roll, as well as favorites from Elvis and Buddy Holly to the Cavern Club days of the Beatles.

Their Idle Hands album was released in 2014 via Heyday Records.