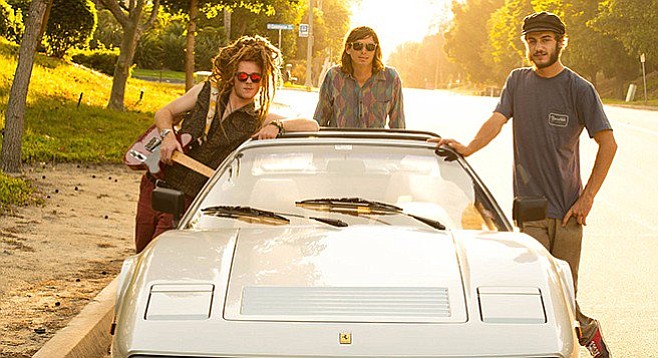 Ginger Roots is an acoustic trio dedicated to roots reggae, featuring singer Chase Brokaw, his younger brother Spencer Brokaw on percussion/backup vocals, and guitarist/backup vocalist Albert Hurtado. “Our first show was at Solterra in Leucadia in 2014,” says Hurtado. “We didn’t have a name until someone wrote we should call ourselves ‘Ginger Roots’ on a five-dollar bill he gave us as a tip. I think its because of Chase’s red dreadlocks.”

The group frequently performs with guest players Bob Marley/Peter Tosh like bassist Fully Fullwood and Jamaican reggae legend Santa Davis (also a Bob Marley band alum), both of whom played with Ginger Roots when they opened for Ziggy Marley at the Del mar Fairgrounds for a crowd of around 12,000. Their debut album was released in 2015.