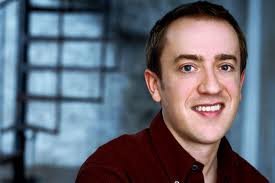 Based in North Park, jazz pianist Geoffrey Keezer grew up in Eau Claire, Wisconsin, in the 1970s, listening to and loving Weather Report and Return to Forever, long before he ever heard swing or bebop music. Eighteen years old in 1989, Art Blakey hired him as pianist for the Jazz Messengers, with whom he toured the world until Blakey died the following year.

As of 2009, he fronts the Geoffrey Keezer Trio and is married to Susan Ann Wulff, bassist for the San Diego Symphony. Married since 2006, the duo met at a local Mainly Mozart concert.

Keezer was nominated for a 2010 Grammy award for Best Latin Jazz Album, for his album Aurea (which includes another local jazz cat, Peter Sprague).

He was nominated again for a 2011 Grammy, for Best instrumental Arrangement Accompanying Vocalist(s), for his arrangement of “Don’t Explain” on Denise Donatelli’s album When Lights Are Low, which Keezer’s wife also performs on.